Review: Ginger - Beyond the Crystal

I want to start off quoting one of my favorite scenes from Willy Wonka and The Chocolate Factory, in the scene they come up to a wall covered in flavored wallpaper. (Btw, genius idea if not slightly gross.)

Then comes this vile little troll of a child who responds, "Snozzberries, who ever heard of a snozzberry?"

Gene Wilder replies with one of the most epic lines. A line that stuck with me for my entire life. He grabs her by the face and responds, "We are the music makers and we are the dreamers of dreams." The intensity of the look in his eyes and the way it completely silences her is utterly amazing.

Okay, so you didn't come here for Movie Quote Fun Time with Jorge, so why I am bringing this up? Also what does this have to do with Ginger?

Well, the answer is simple. Instead of being amazed and awe in wonder at this joyous creation, the child immediately found fault and responded in incredulity. Quite literally not being to look past her nose.

Gamers tend to do the same thing. Making games is far from easy and it comes with hard work, hundreds of hours of dedication and most of all, risk. Which is why I am utterly baffled that no one is talking about Ginger: Beyond the Crystal. 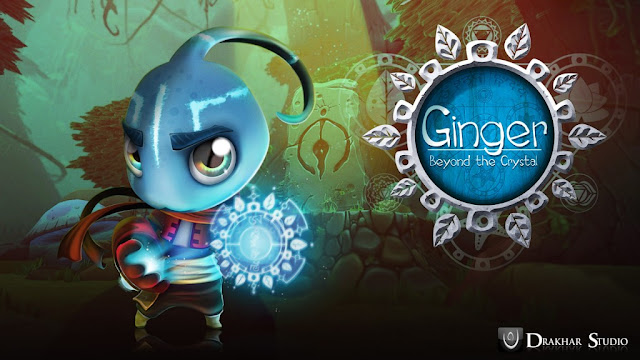 In a world obsessed with Mario's, Yooka Laylees, Conkers, Bandicoots, and apes playing bongos, Ginger comes in with a unique style, plenty of fun ideas, and all the 3d platforming one could want. Capturing the magic of the aforementioned titles is no small feat but from the moment I loaded up Ginger, I was blown away by the level design, exciting/fun aesthetics, and how approachable it all was. Don't get me wrong, Ginger is not a perfect game and has its fair share of issues, we will cover that in a bit but the good far out weighs the bad.

The premise is rather simple, big blue crystal macguffin needs you to restore it after mysterious evil breaks it into pieces. The world goes into chaos, people disappear, towns are destroyed and its up to you to fix it all. and save the world. 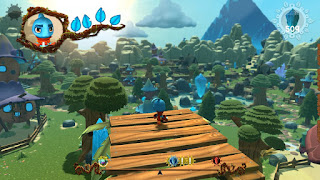 The story itself is simple, really its just a means to get the fun going and explain why game mechanics are in place, such as town reconstruction. While more attention to the story would've been nice, its not super high on the list of priorities when it comes to 3d platformers. It's not like Mario ever questioned his existence or why Peach doesn't stop getting kidnapped.

Ginger is a gorgeous game, it has all the polish and pedigree of a triple A title, despite the fact it came from a developer you've never heard anything about. Every area and level does something different and is constantly changing things up. One level is a hedge maze, one level is a circus fair, one level has you racing to collect honey, its constantly shifting its design, themes, and clever use of mechanics. The three different towns you save, all have a unique aesthetic as well and come with their own unique enemies.

The polarizing issue lies in the fact that the game has some graphical optimization issues. I had to spend a good forty five minutes playing with the settings, then loading up the game to get it going to a clean 60FPS.(Another gripe being you can't access graphics from in the game) I had a fellow reviewer suffer the same issues with a better rig. Keep in mind though that with thousands of graphic cards out there, your experience is going to vary. Shadows seem to be very demanding on the GPU for some reason and just slow it down massively. There is no way to change view distance, which is also a slight problem. The good news is that the developer is still actively patching the game so these issues can be resolved. 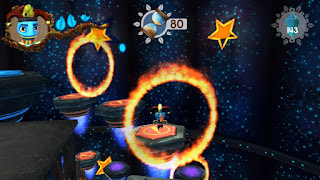 Gameplay itself is exactly what you would expect from this genre, but does have a couple of tricks up its sleeve. Gameplay is broken up into two sections; town reconstruction, and the actual levels themselves.

The more of the town you reconstruct, the more levels you can access, its simple but it works. You reconstruct towns by gathering supplies, building homes, and using gems(game coins) to restore villagers. Town reconstruction takes place in three hub cities, and to be honest I was afraid it was going to be something just tacked on and pointless. On the contrary. It really does a good job of breaking up the pace of going from level to level. It encourages exploration, using different abilities(more on this soon), and even giving you more activities and side quests to do. You can also purchase collectable items for your villagers to wear that make for some humorous moments. I have very little issue with the town reconstruction aspects,  but just wish there was more to play with as far as buildings and benefits goes. 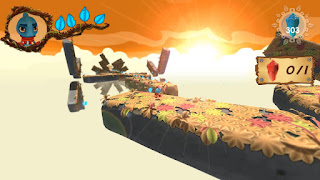 Levels themselves are also a simple "get from a A to B" type of scenario, but the in-between part is completely different every time. One level may need you to repair a space-stations generators, another ride a mine cart while dodging Indiana Jones like traps. It's always different and it's the one aspect I enjoyed the most about Ginger, It never got dull or repetitive. There is a wonderful sense of play here that the developers captured very well and it should be commended. Ginger is genuinely fun for the sake of being fun. There is a alternate difficulty mode for those seeking a more traditional platform style game, where if you run out of health you start over the entire level. Otherwise if you die in the normal mode there isn't any real consequence most of the time. I would say that Ginger does fall on the easy side of things, but I am very familiar with platformers. That being said there are also challenge levels. These are purely about landing jumps perfectly and not falling. These are where you're going to rage, I know I did.

The last two levels have a bit of a difficulty spike that is worth mentioning. I am not a huge fan of instant death scenarios, but lets just say I had my fair share. The last challenge level is nearly impossible as it completely removes jumping from your control. I raged. I raged so much.

Another thing I loved about Ginger was the way our blue friend gained new powers. Every couple of levels you would rescue someone who gave you a new outfit. These outfits aside from being adorably designed, also give you powers, such as breathing fire, bat flight, huge bombs, and shooting stars Buzz Lightyear style. As more unlock, it gives the game greater replay as former levels had previously inaccessible areas, somewhat in the same vein as Lego games. Some outfits are one trick ponies but the game does try to make good use of its outfits, as often as possible.

When it comes to combat and controls, Ginger has its wrinkles. You can attack enemies with a variety of punching, slamming attacks, and the good ol' jump on their heads trick. Some outfits also add abilities to combat as well but the combat itself feels like it needed to be a bit more refined. Using my dragons breath on enemies should've been awesome but came off a little bit flat. Also pretty much every enemy can be defeated by the jumping slam attack. Using another attack is almost downright pointless, unless you are trying to get somewhere fast. While combat isn't a huge part of the game, I would've liked to seen more integration from the outfits into combat. The developer did recently put out a patch(Nov 15th) that did make certain actions far smoother and continues to improve on the games combat. 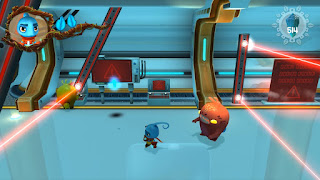 Controls themselves are just fine, you can play with Keyboard/mouse and Xbox controller variety. There are some camera centering issues when roaming in the open town areas and challenge levels. When you die in challenge levels, the camera doesn't restore itself to a set point but instead points in the opposite direction of the platforms sometimes. It led to my untimely death more then once.

Otherwise the controls are extremely responsive, and platforming is never an issue. I always knew where my jumps were going to land. In normal levels, the camera takes a fixed side position most of the time, and takes controlling the camera out of your hands, which I didn't mind one bit.

One thing that some may find unusual is the game does have a fall distance, meaning if you fall too far, you die. This wasn't a major issue but occasionally, again, would lead to an untimely death when I thought it would be safe. Given that are no levels that are tied to moving downward safely, it was a design decision I questioned. A simple loss of health would've sufficed instead of instant death.

Musically, Ginger is as playful with its music as it is the level design. Constantly shifting its style from happy island tunes to Halloween horror town. Ginger seamlessly blends its graphical, music, and sound design in really awesome ways. The soundtrack is very cartoony but that isn't a bad thing. Now this isn't a soundtrack to rush out and buy but it is pleasant enough for this style of game.

As mentioned earlier the game does have great replay-ability and plenty of secrets to find. I got a good fourteen hours out of the game. That is almost a dollar per hour, which places this at a fantastic value for your money. The game comes with Steam Achievements, Steam Cards(PC) and is also available on consoles. This is a solid platformer for fans of old school games. It scratches all the Sly Cooper, Spyro, Mario parts of my brain and I really wish it didn't end. 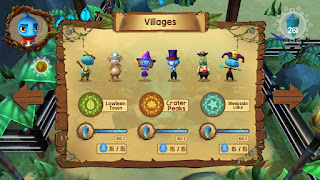 While it may not be groundbreaking in the innovation department, it adds some really awesome fun ideas to a rarely seen genre these days. I highly, highly recommend this game if you enjoy any of the games mentioned. For a whopping $15 dollars, it comes in at the Indie gold standard pricing and is more then fairly priced if not under priced.

To wrap this up, if you take the time to enjoy Ginger and come at it earnestly it is an extremely rewarding game. I honestly believe early reviewers took a Veruca Salt standpoint on this title. Finding one little thing that didn't match the standard or expected and let that sway their judgement. So don't be salty and give Ginger a look.