-Disclaimer- This preview was written during Early Access. Robocraft is subject to change.-

Despite the disclaimer above, Robocraft is already a pretty well oiled machine. Most of the features are working quite efficiently and the core mechanics are in place. There are plenty of things to love about Robocraft straight from go. The basic gist is you build a bot/death machine and battle it out against other peoples creations. Where the beauty of the game lies is in its creativity, from a floating pirate ship to a MechWarrior style walker, you never know what you are going to end up fighting. Robocraft is a multi-faceted game that has many layers of complexity, so I will do my best to break it all down but I may forget to mention something.

The first time I loaded up Robocraft I was greeted with an anti-cheat 3rd party software. Not my favorite thing in the world but more than welcome for this type of game. Aim-bots have ruined other games and I appreciate the extra safeguard. That being said, the game does actually take quite a while to load up all of its assets. Also the game crashed right after the long load up. Not a great first impression. I credit this to Early Access hiccups and reloaded the game with little to no problems.

Upon second load up, I was brought into the heart of the game, The lobby. I watched as my pre-made bot gently floated in circles and I waited. Nothing happened. What was I waiting for you ask? A tutorial or anything for that matter. Nothing came. So I began randomly clicking around. I felt dizzy and lost with the amount of buttons, however this isn't my first rodeo and especially not my first battle arena style game.

After clicking around, my curiosity led me to the build mode. After a minor pop-up that explained a few buttons. I wouldn't call this a tutorial more a crash course but I digress. The builder is exceptional! It reminds me of Space Engineers where you build things in first person view and can quickly change the direction of parts with a roll of the mouse wheel. You are given some basic parts but most unlock through the games leveling system and huge branching parts tree. 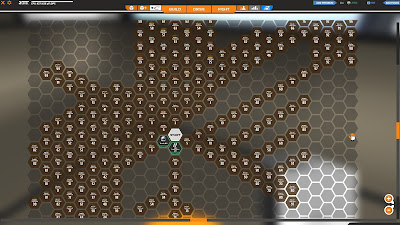 The way things work is that you unlock parts the more you level. You level by playing in matches and destroying other vehicles. After leveling you unlock that part for purchase. You don't get that part for free, just the ability to buy it. There are some ways around this but we will get to that later. The builder is quite extensive needless to say and a quick Google search of peoples creations is somewhat awe inspiring and impressive. Sadly my skills and blocks were inferior and building my own machine was not necessarily the best idea, not yet at least. The only problem I found was that I was very limited for the most part at the beginning of the game. The basic starting vehicles and parts work but they don't really make you feel like a bad ass or all that cool. Especially as you will more then likely see other people using the same vehicle with slight variations. Things don't really become all that unique and interesting until much farther into the tech tree and amassing a fortune of in-game currency.

After this, I jumped into one of the pre-made vehicles and got into battle mode. I was not disappointed at all. There are several modes and they add different objectives and themes. You have team deathmatch, a conquest type mode, and boss battle, my personal favorite. In boss battle, you and many smaller craft face off against 4 much bigger and advanced craft. This requires a great deal of team work and coordination on both teams part otherwise you end up dead very quickly. The same can be said for conquest mode, which features capture nodes that must be protected/assaulted to attain victory. In all, my experience with the battle modes was fast, visceral, and fun. Usually whoever shoots first wins but sometimes I managed to win, even if I was left heavily wounded. The only problem I found with combat was queuing up, which could take anywhere from 1 to 4 minutes per match. Which given that some matches last about the same length, was a bit much for my taste. 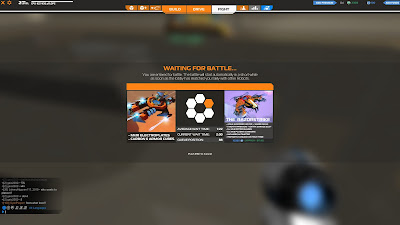 Graphically, everything was very nice with Robocraft as well. While the focus isn't on the environments, the terrain had some nice detail and good level design, offering multiple options for different kind of play styles. The focus is for sure on the vehicles and this shows quite nicely. From the crackle of energy as your plasma cannons fire, to glowing energy panels. The only thing I felt needed a bit of work was the way you exploded which felt more like a firecracker going off than an actual explosion.

The soundtrack was there. but I found it forgettable for the most part. However, I did love the sound effects. Robocraft is one of those games where you want to load up your own tunes and go to work. The options menu was rather robust with a decent amount of graphical options and rebindable keys.

So let's talk about the elephant in the room, the microtransactions. Now Robocraft is not P2W or pay to win, but more like pay to skip. If you are a premium user everything is a bit easier as you earn more RP(in-game currency) and double the experience. Aside from all that, you can also purchase GC which is a premium currency that you can use to purchase most things from parts to premium status. Mind you, level still applies to this, if you aren't the right level, you can't use something ahead of everybody else in combat. Where the lynch pin lies is in the Robo shop, which allows players to purchase premade bots for real cash. This auto levels them to that particulars bots level and tier, essentially skipping the grind and getting into the good stuff. 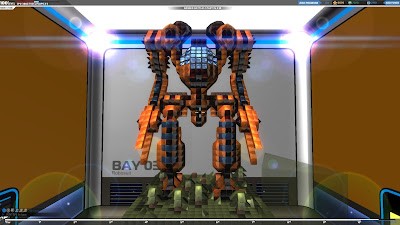 While this is far from a P2W scheme, the problem I see is that this makes the free to play aspect kinda lame. Grinding and getting up to that point is going to take you months of work where as some dude with twenty bucks did it in five seconds. Your time isn't valued here, your wallet is more important. You may be vastly more experienced in the game but getting anything done is going to be a nightmare due to queues and the way the experience system works. You are given experience based off your contribution, meaning if you have a couple of bad matches, expect zero experience.  Now one could argue that this is fair. The developer has to make money some how and development isn't cheap, also the player should be rewarded for coughing up some dough. The problem is that the free to play experience isn't as exciting.

It's like going to the Zoo and seeing only the animals feet because you didn't pay. On the other side of the pay wall they have a freaking petting zoo, and you get to ride a Cheetah. Which is a damn shame because in Robocraft you probably can make an actual Cheetah, just expect to do it in weeks-months of grinding or drop a few bucks and get that shiny Cheetah right away. Everything just feels heavily stacked towards premium accounts. This shows in every aspect of the game. 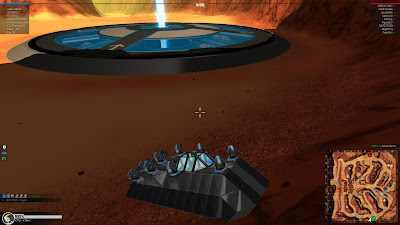 If you take anything from this review remember this, Robocraft is a game that requires LARGE amounts of time investment or some cash to get to the really cool stuff. The game runs well and the combat is fun but long queues and long load ups can drag the overall experience down. You can take everything I say with a grain of salt though, because the game is free to play. You have nothing to lose but time. So feel free to check the game out and make up your own opinion. Robocraft is fun and worth it alone for the boss battles and seeing the huge bots. I haven't seen many games like Robocraft, especially ones that let you have this much freedom to make whatever you want.